The last month and a half, our skies have been filled with smoke from too many forest fires.  The smoke on some days was so thick you couldn’t see down the road.  While it made for some unique sunrises and sunsets, and a few good pictures, it was sad.

The last couple weeks we’ve been feeling “fall” in the air.  This past week it was really starting to feel like fall with the change of the weather, our first freeze warnings, and a little bit of rain.

The blessing in the change of the seasons was in the higher country in the form of snow.  In my home state of Montana, they have lost over 1 million acres of beautiful forest land to forest fires.  I will not get into my opinion of why, because this is a happy blog.  They said the only thing that could help Montana put out the fires was snow.  Glorious snow.  We also got the snow in Oregon and rain in Washington state to help with the fires.

At work this past week, the clouds were just beautiful.  And we all know how I love clouds!  I thought it was a good thing I didn’t have my camera at work because I would want to be outside capturing the beauty.  So I waited.

Friday morning (my day off) the Hubby and I went into town for breakfast and it was awesome to see white puffy clouds and clear blue skies. No smoke on the horizon.  We did some shopping and while we were in the stores, we came out and our puffy white clouds were gone and our skies were filled with white and gray clouds.   I think they were calling to me.  So we drove home to grab the cameras and go above it all.

To the top of a mountain called “Hamaker”

To me, the above sentence is merely a “golf ball” on the top of Hamaker that we can see from our house.  But, there is history up on that mountain top. 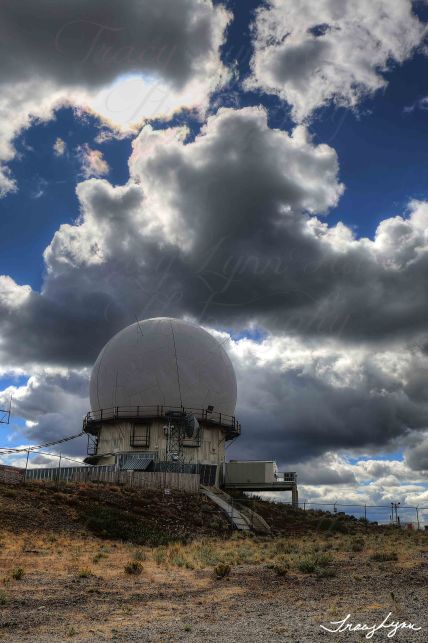 Keno Air Force Station.  Established in 1958 and became operational in September 1958, manned by the 827th AC&W Squadron.  The station initially had both a Ground-Control Intercept (GCI) and early warning mission.  The early warning mission involved tracking and identifying all aircraft entering their airspace while the GCI mission involved guiding Air Force Interceptors to any identified enemy aircraft.  Controllers at the station vectored fighter aircraft at the correct course and speed to intercept enemy aircraft using vice commands via ground-to-air radio.

I could go on about the logistics and big words I didn’t understand in the article, but it is pretty interesting.  You can find more information here:

My story is this… It was a beautiful day in the Basin and the clouds were abundant and we were going to the top of that mounting to get some fresh air and beautiful views, and hopefully some pictures too.

We had been up here before when we first moved to the area.  I know it gets a lot of snow.  Hubby decided one day in March, to go on an adventure and travel to the top.  I am extremely glad I wasn’t with him. The last mile or so isn’t maintained.  It’s bad enough without the snow.

He made it back slowly to tell about it!

Once on top of Hamaker, you can look to the northwest and see Mt. McLoughlin, which you can also see from Medford on the other side of the Cascades.

Mt McLoughlin with a fresh blanket of snow!

You look out to the north, you see the Klamath Basin, farmland, Klamath Lake, Klamath River, and points beyond.  I truly love it up here.  Except it was 43 degrees and a light breeze.  Once the breeze quit, it was quite nice! 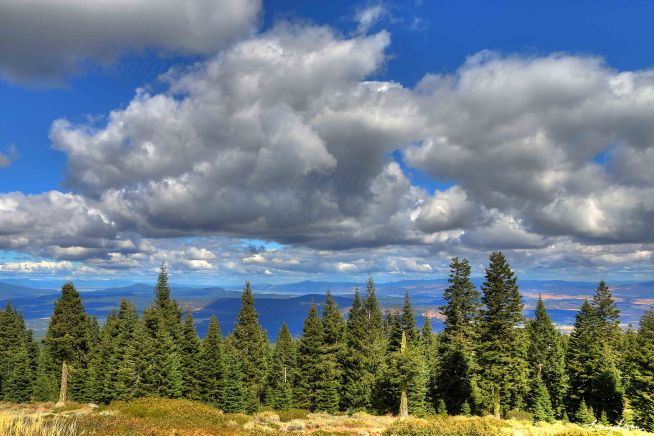 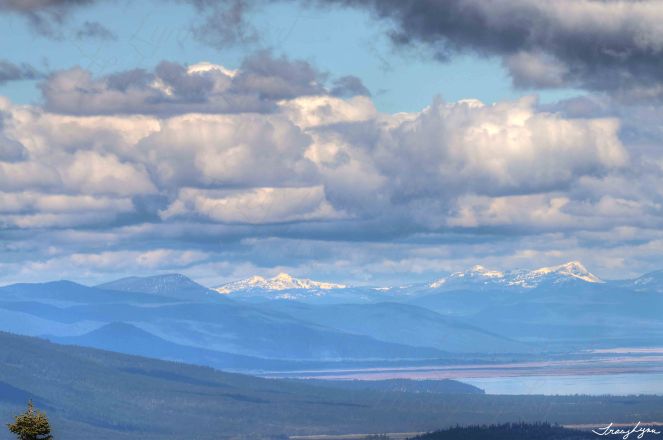 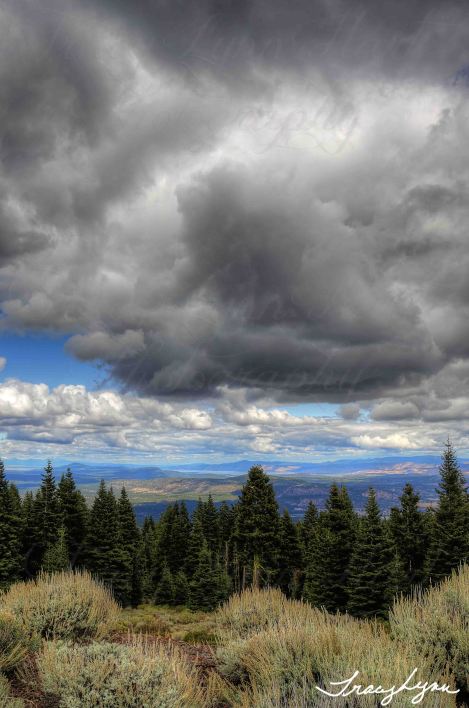 There is one thing for sure, that you can’t deny.  It is beautiful here every season.  (except fire season)

My advice is this;

If it’s the beginning of fall where you are, put on that hoodie or flannel shirt, pack the camera, maybe a picnic lunch, and go find your view from the top!  You won’t be sorry.  If it’s not feeling like fall, wait a couple weeks!  It might skip fall and go right into winter.  I say this because it almost always gets really cold or snows before Halloween! 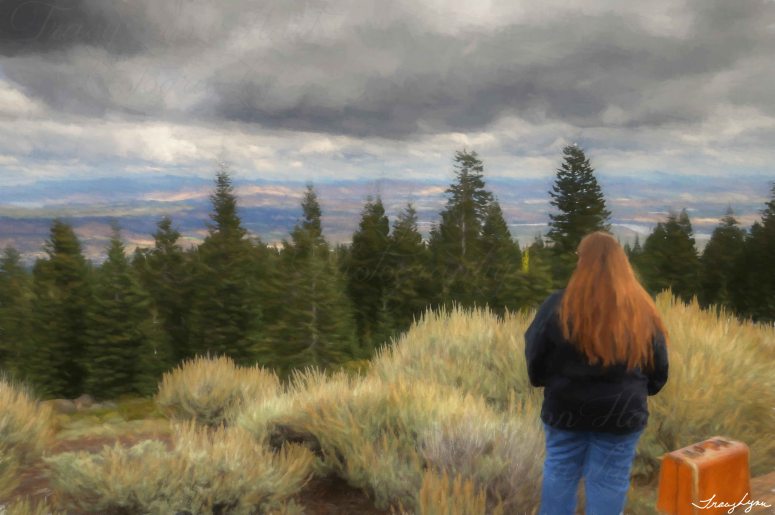 2 thoughts on “The View From Above”